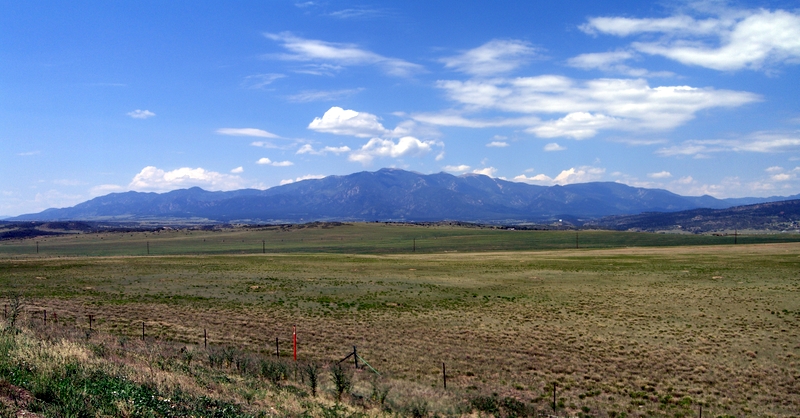 It’s easy to see why Denver and the surrounding areas keep getting voted among the “Best Places to Live”.

The area is surrounded by the eastern edge of the Rockie mountains – the very view that inspired the words to America the Beautiful (“…for purple mountains majesty…”). (MP3 Here)

And with a healthy respect for nature as well as a thriving economy, Denver is simply a great place to live or visit. In fact, in the 1990’s Denver grew by 30 percent – the equivalent of a thousand new residents a week, every week, for 10 years!

If you’re a fan of the outdoors, you are probably familiar with REI. Well, you haven’t seen an REI until you visit the flagship store off I-25 near downtown Denver. Built inside some sort of old abandoned factory, it’s at least 4 stories tall and absolutely mammoth!

It’s actually quite fitting for Denver, being the outdoorsy kind of place it is. And if you can’t get what you’re looking for here, it probably doesn’t exist.

Denver also has some fantastic architecture. For example, the capital building, completed in 1908, was modeled after the US Capital building. The dome is covered in 200 ounces of gold leaf, and the building steps are exactly 1 mile above sea level.

The Denver Public Library, designed by Michael Graves, is one of the largest in the nation and consistently ranked first or second in usage. It is absolutely huge and extremely interesting from an architectural standpoint. No two sides of the building look the same.

The Hamilton Building is scheduled to open around October of 2006 and is one of the most spectacular buildings I’ve ever seen. The entire outer skin of the building is titanium and it is a marvel of modern engineering. I can’t wait to go back and see the inside.

Public art abounds. Not only in this area, but all over Denver. In fact, the city spends 1% of it’s annual budget on art. Everywhere you look there is art and it makes the city feel vibrant and welcoming.

But the city is not all about art and architecture. There are three major stadiums, the second largest performing arts center in the nation, a massive convention center with 4.5 acres of glass walls and 584,000 sq ft., and shopping galore (Tabor Center, Denver Pavilions, outdoor cafes, shops, etc.).

You can also read Weekend in Denver – Part 2, or peruse the other places I visited during this extended weekend in the Denver area: Boulder Colorado, Colorado Springs and PikeÃ¢â‚¬â„¢s Peak and also Golden Colorado.

While in Denver I stayed at the Hilton Garden Inn Denver South Meridian.